Through 95 Alive Reighton and Speeton Parish Council asked for a speed survey to be undertaken on the B1229.

The result has now been received.

Speed Survey B1229 The survey was carried out between the 22nd November and the 29th November 2017.  The data was recorded over 24 hours for seven days. The data tubes were placed on the B1229 away from the junctions to enable a true reflection of the approach speeds and volumes to the junctions. Had the data tubes been placed nearer the junctions, the results would have been affected as through traffic would have been slowed by vehicle turning either into Wide Lane or New Road.

On the most up to date injury collision database which is provided by North Yorkshire Police there is one injury collision recorded at the junction.
This took place in March 2015 and looking at the report, was caused by driver error.

The matter of reinstating the rumble strips on the B1229 has been discussed with the Senior Traffic Engineer at County Hall  and the opinion is that there is no justification for the rumble strips to be replaced and that the junction is adequately signed.

The next meeting of the Parish Council will take place on Monday 23rd May 2022.

The agenda for the meeting can be found here.

If you require any further information please contact the Parish Clerk - Helen Carter. 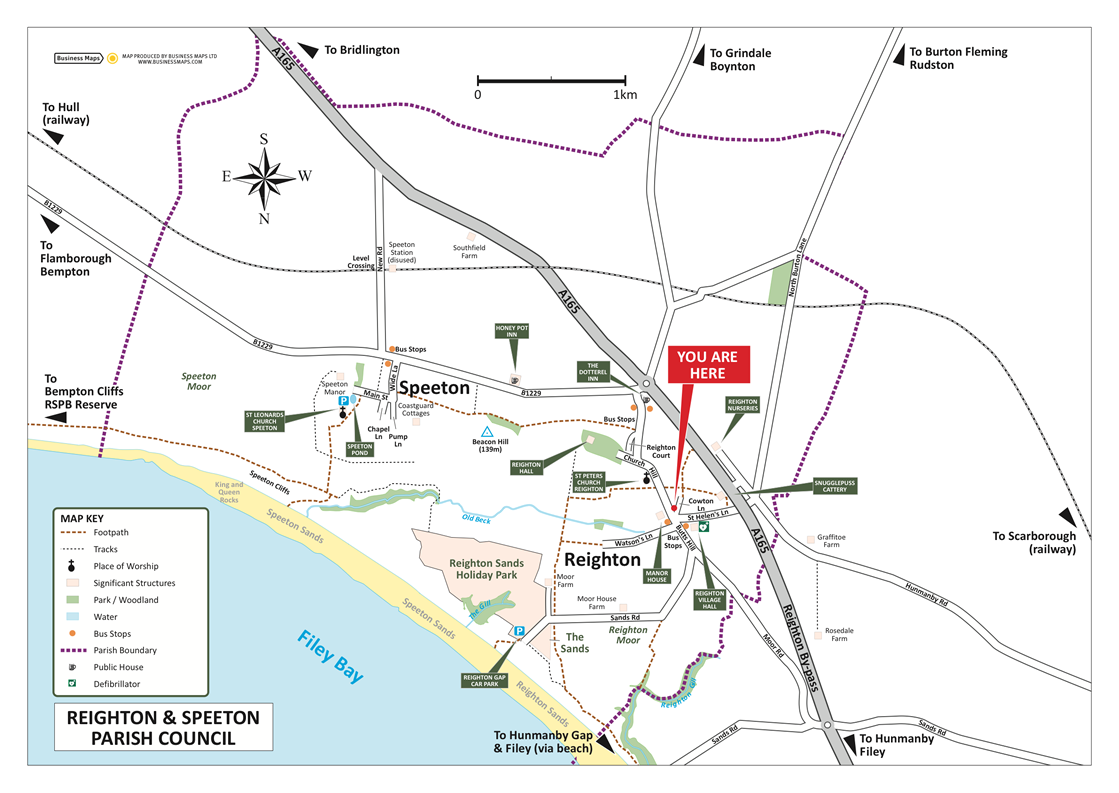 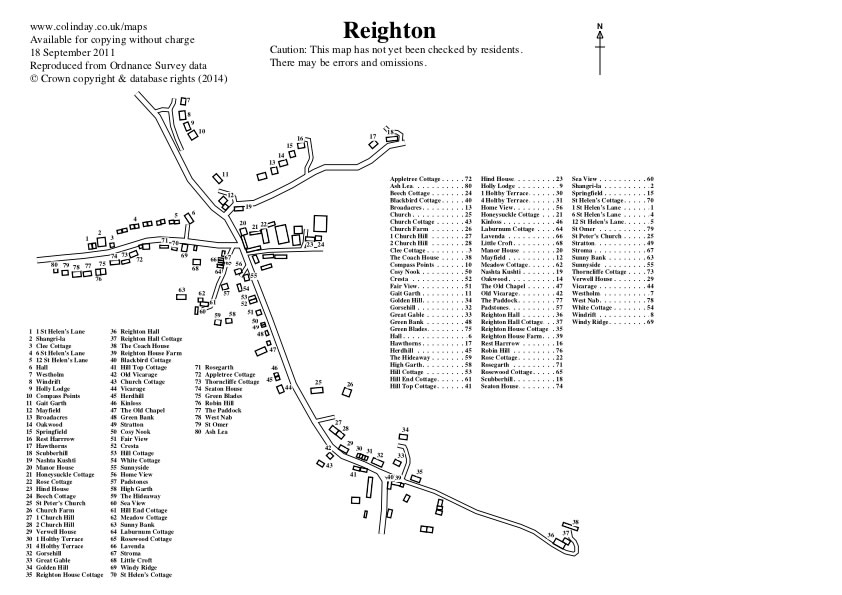 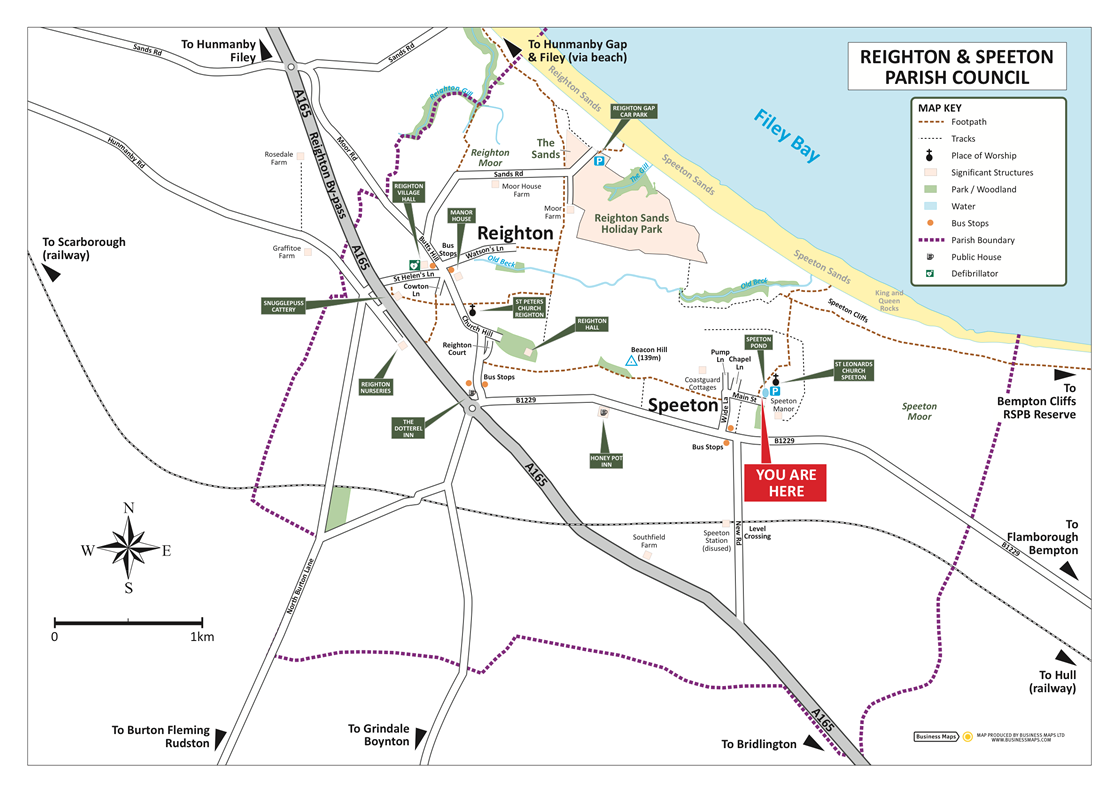 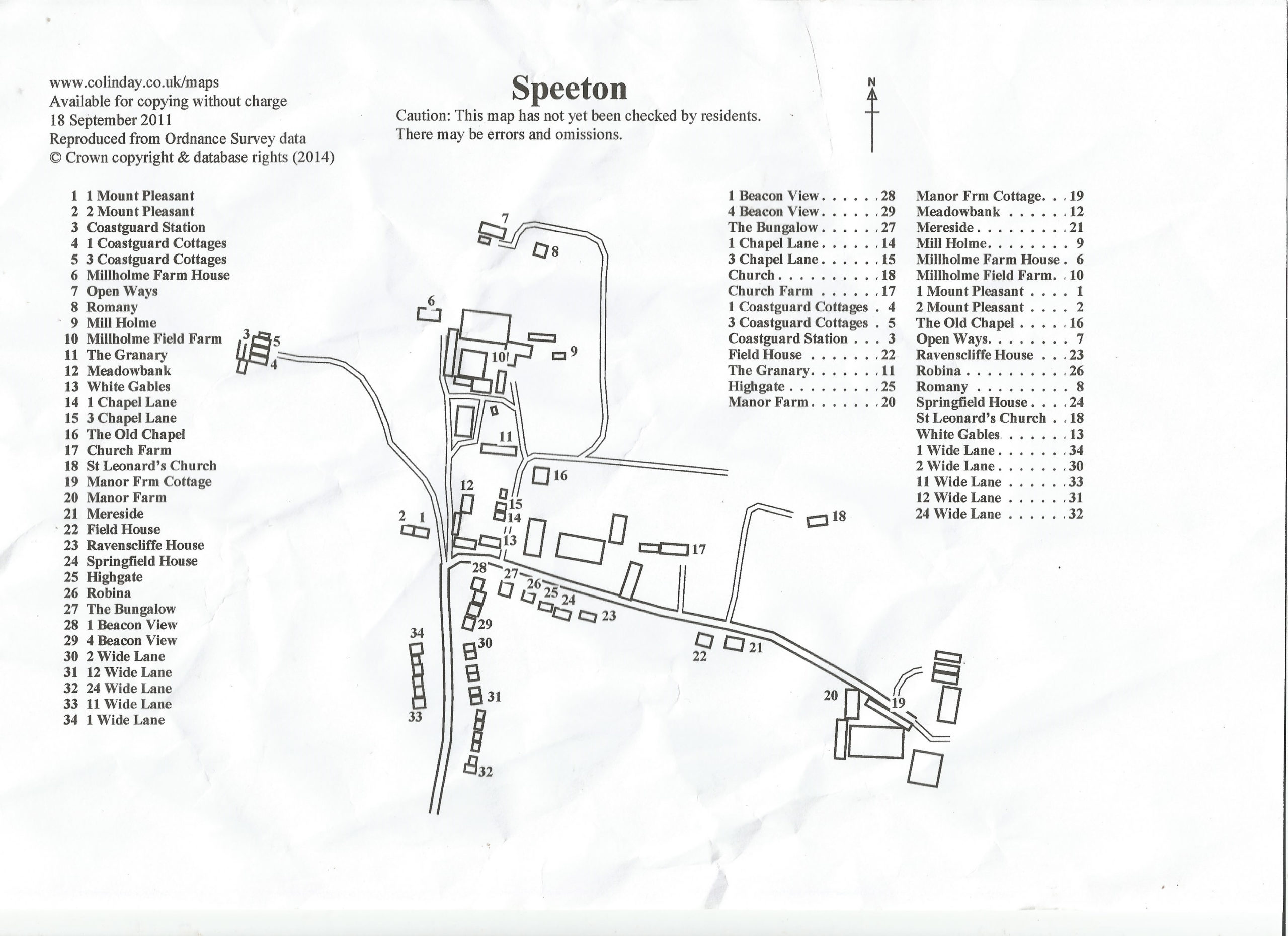 Copies of the village maps are mounted on lecterns located at prominent positions around the villages. The "You are here" indicator shows the place where the lectern is sited in each village.

Copies of the Find Houses Maps can be found on the village Notice Boards.

This website uses cookies to improve your experience while you navigate through the website. Out of these, the cookies that are categorized as necessary are stored on your browser as they are essential for the working of basic functionalities of the website. We also use third-party cookies that help us analyze and understand how you use this website. These cookies will be stored in your browser only with your consent. You also have the option to opt-out of these cookies. But opting out of some of these cookies may affect your browsing experience.
Necessary Always Enabled
Necessary cookies are absolutely essential for the website to function properly. This category only includes cookies that ensures basic functionalities and security features of the website. These cookies do not store any personal information.
Non-necessary
Any cookies that may not be particularly necessary for the website to function and is used specifically to collect user personal data via analytics, ads, other embedded contents are termed as non-necessary cookies. It is mandatory to procure user consent prior to running these cookies on your website.
SAVE & ACCEPT
Accessibility Statement